Sensoria returns this month. Sheffield’s annual showcase of music, film and digital media. Previous attendees should be familiar with the drill but for the uninitiated Sensoria is like a micro festival of cultural events that take place all over the city. This time Sensoria runs for ten days starting on the 29th April through to the 8th May.

Beginning with a street party on the Friday (apparently it coincides with some couple or other getting married, who knew?) before moving to some of Sheffield most beloved venues including a three day live music festival at The Washington as well as live music and DJ’s at Bungalows and Bears on the Saturday and bands at Soyo. There will also be the (re)Mixed in Sheffield secret party which will be held…somewhere…

Amongst other happenings you can expect to find I Monster & Skywatchers presenting an event of a suitably cosmic nature on the 1st May with a night of live music and film with a space related theme. The Showroom Cinema will as ever be a vital hub for the event presenting a series of films and documentaries over the course of the ten days with something to appeal to all tastes.

As always housed within the event is Sensoria Pro and for me this is where the event really shines. Pro is a two day industry event and is of importance to anyone who is working within the music and film industry. Expect a series of seminars and panels on subjects such as music placement and clearance as well as masterclasses in composing for film. Guest speakers this year include Feargal Sharkey, John Robb, Mary Anne Hobbs, Rob Da Bank and Martyn Ware.

This year there is also a composer in residence in the form of Bill Drummond, a name that should be familiar to many not least for his involvement in the seminal 90’s dance the KLF/Justifed Ancients Of Mu Mu as well as his involvement with bands such as The Teardrop Explodes and Echo & The Bunnymen, as an artist he has in the past courted controversy, it will be interesting to see if time has mellowed him at all.

For a more detailed round up of events that will be taking place over the course of Sensoria 2011 you can check out the link below. I’ll be on hand to review as much of the event as is humanely possible without splitting myself in two. See you there. 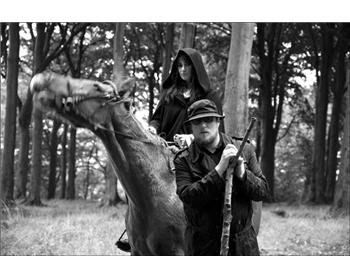